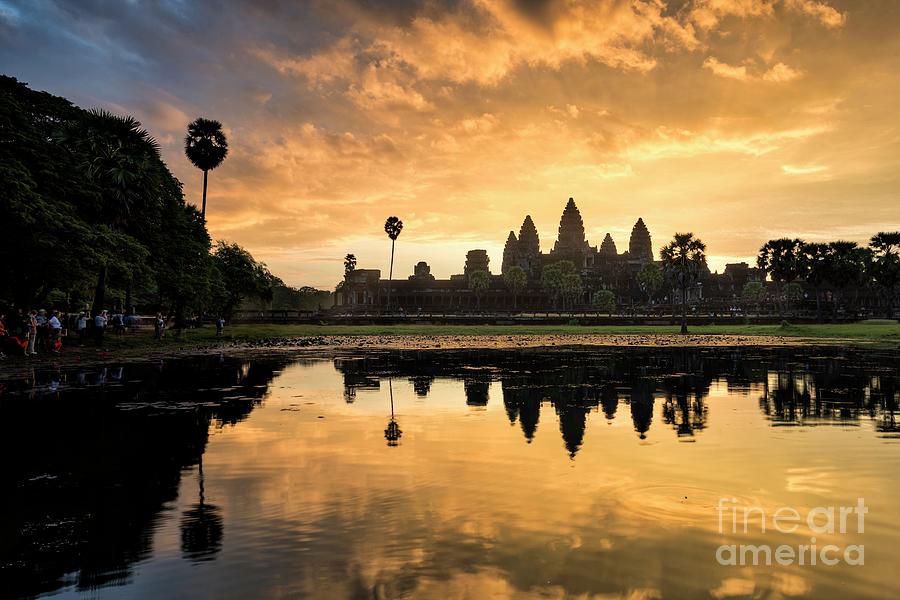 Angkor Wat was first a Hindu, later a Buddhist, temple complex in Cambodia and the largest religious monument in the world. The temple was built by the Khmer King Suryavarman II in the early 12th century in the capital of the Khmer Empire, as his state temple and eventual mausoleum.