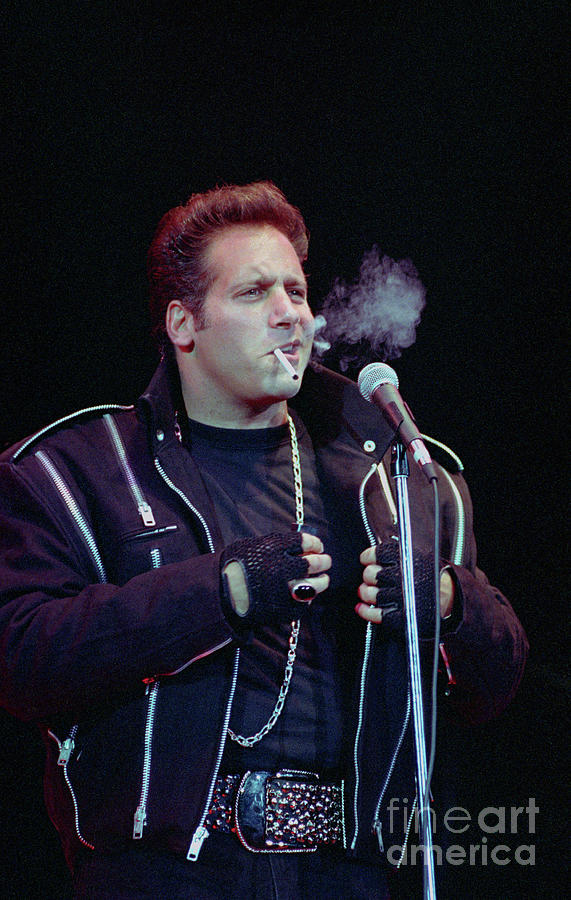 (Original Caption) San Diego: Andrew Dice Clay, the off-color comedian that stirred controversy amongst women's groups and other comedians, fires up a cigarette at a sold-out San Diego sports arena where he entertained an estimated 9,000 fans. Although promised, protesters failed to appear and the show went on with it's expected vulgarity.