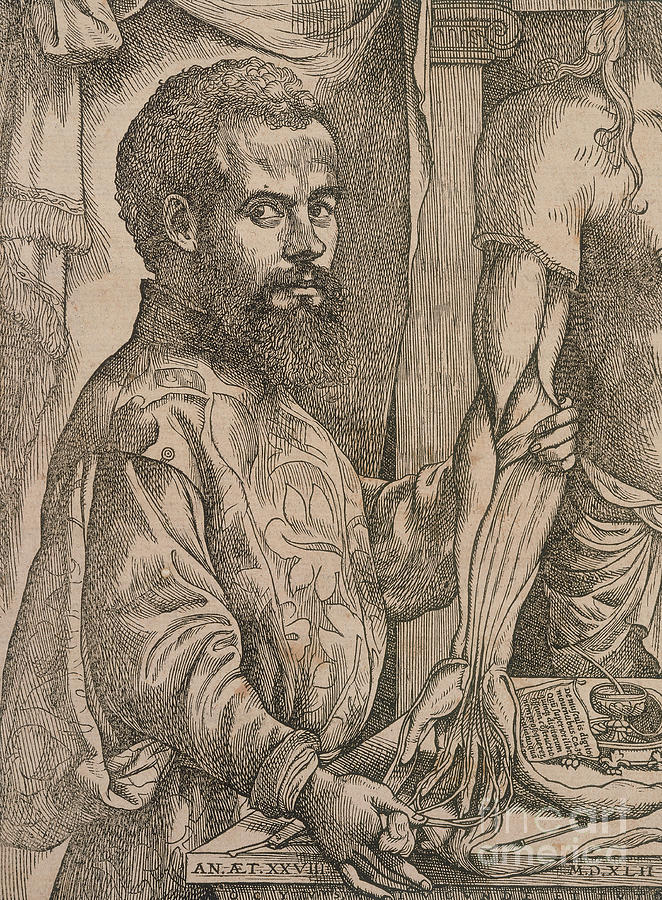 Andreas Vesalius dissecting the muscles of the forearm of a cadaver, 1543. He exhibits a partly dissected arm of a taller man. Beside the arm, on the table, are instruments and a piece of text. From Vesalius's greatest work De humani corporis fabrica (On the Structure of the Human Body). which, with its detailed descriptions and magnificent illustrations set a new level of clarity and accuracy in the study of anatomy. Vesalius was Professor of anatomy and medicine at the University of Padua in Italy, later becoming court physician to the emperor Charles V and his son Philip II of Spain. (Photo by Oxford Science Archive/Print Collector/Getty Images)