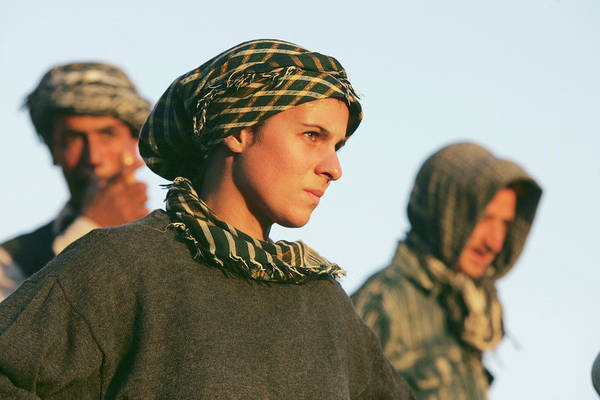 Ancient Treasures Of Afghanistan art print by John Moore.   Our art prints are produced on acid-free papers using archival inks to guarantee that they last a lifetime without fading or loss of color. All art prints include a 1" white border around the image to allow for future framing and matting, if desired.

BALKH, AFGHANISTAN - OCTOBER 12, 2006: Shamzia Sadozai, a member of a French archaeological team, prepares to excavate an ancient wall at the ancient Bala Hizar fortress of Balkh, on October 12, 2006, in Afghanistan. The French Archaeological Delegation to Afghanistan (DAFA), is excavating at the site, searching for the exact location of the capital of Alexander the Great's empire around the 4th century BC. Artifacts from Balkh have been sent to the Musee Guimet in Paris, from Afghanistan's national museum in Kabul, and will be on display from December 2006 as part of the 'Afghanistan, Rediscovered Treasures' exhibition. The artifacts were saved from the looting of the Afghan national museum during the civil war of the 1990's and then the Taliban regime, which destroyed many pieces. (Photo by John Moore/Getty Images)Image provided by Getty Images.