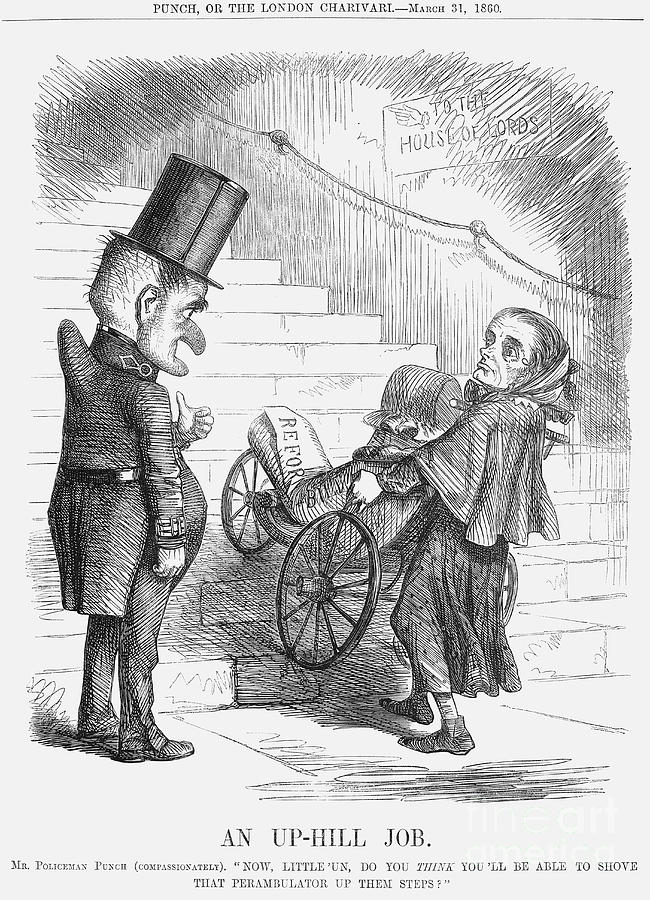 'An Up-hill Job', 1860. Mr Policeman Punch says, (compassionately), : Now, Little'un, do you Think you'll be able to Shove that Perambulator Up them Steps. At the beginning of March 1860, Lord John Russell, Foreign Secretary in Palmerston's Cabinet, introduced a Government proposal for parliamentary reform. It was planned to reduce the borough franchise to £6 which would have the effect of increasing the number of potential voters to an unprecedented 634,000. Mr Punch tells his readers that the Bill was 'very coldly received'. In this cartoon, little Lord Russell, dressed as a young nursemaid, is attempting to push the pram containing his 'baby' Bill up the steps to the House of Lords. Mr Punch, in his policeman's uniform, obviously feels Russell's cause is lost before Russell even begins this uphill struggle. From Punch, or the London Charivari, March 31, 1860. (Photo by The Cartoon Collector/Print Collector/Getty Images)