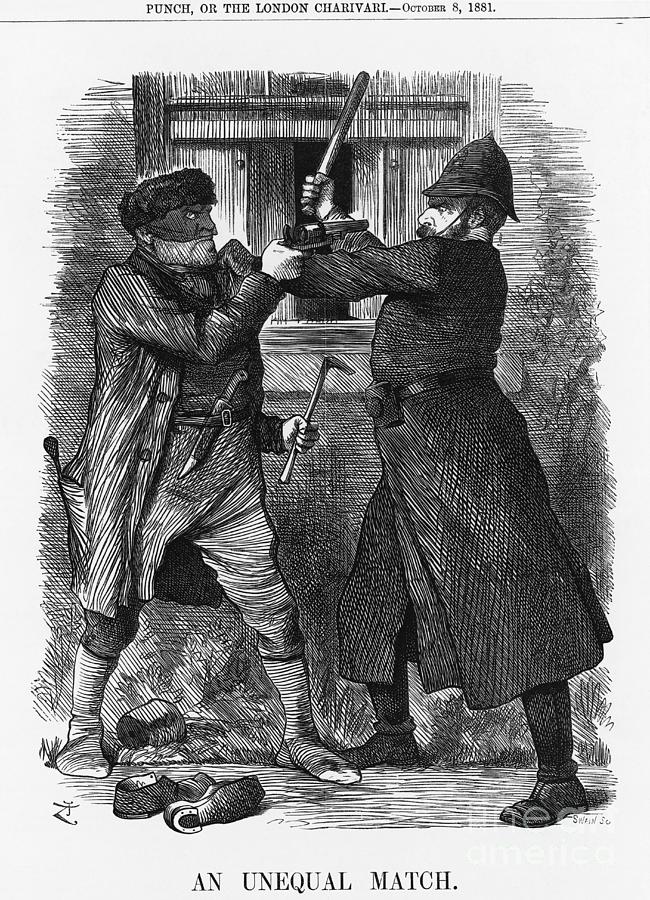 'An Unequal Match', 1881. This cartoon depicts a burglar, armed with pistol and knife, engaged in a rather unequal battle with a police constable who is brave, but armed only with a truncheon. From Punch, or the London Charivari, October 8, 1881. (Photo by The Cartoon Collector/Print Collector/Getty Images)