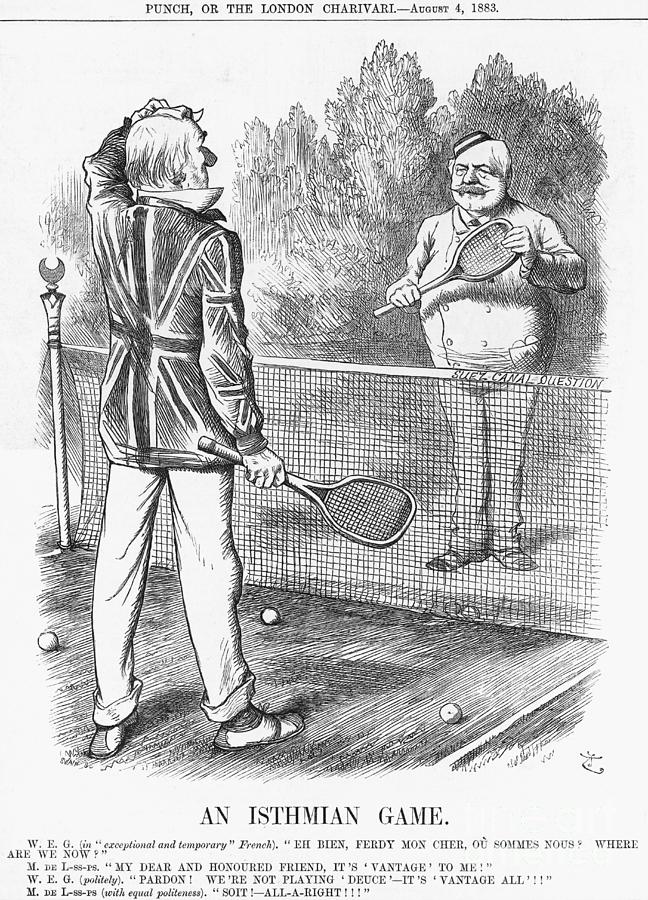 'An Isthmian Game', 1883. The Liberal Prime Minister, Gladstone, scratches his head as he tries to keep score during a game of tennis with the Frenchman, M de Lesseps. The net is labelled Suez Canal Question. There had been a proposal that upon a loan from Britain of £8 million, a second canal would be constructed. However, the control being exercised over the existing Canal, as well as the proposed new one, led to the proposal being abandoned. Mr Gladstone, however, was impressed throughout at the polite way in which Mr de Lesseps had dealt with the negotiations. From Punch, or the London Charivari, August 4, 1883. (Photo by The Cartoon Collector/Print Collector/Getty Images)