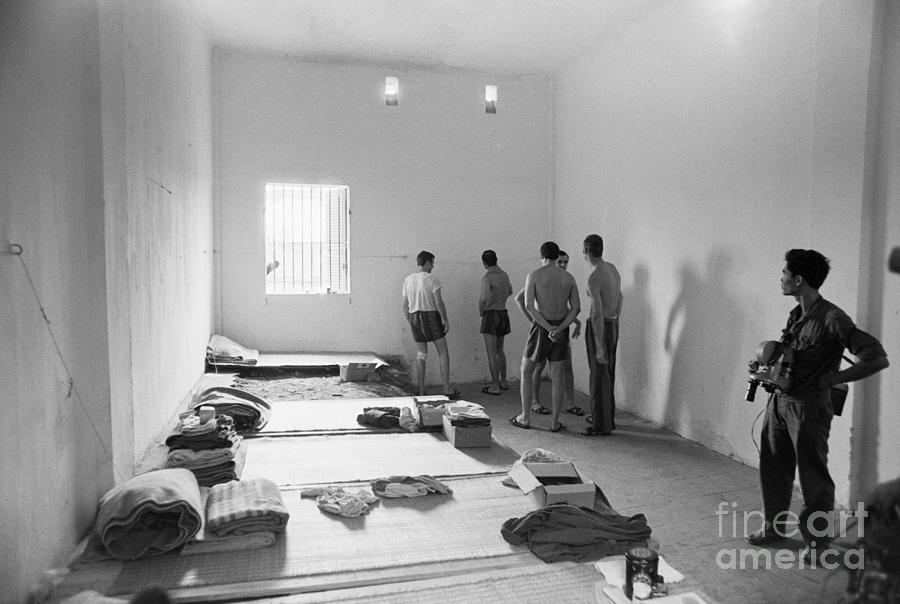 (Original Caption) HANOI: Unidentified group of U.S. POWs turn their backs on a North Vietnamese film cameraman in their cells at the Nga Tu So prison camp in Hanoi. All of the men were released late March 29th and have arrived safely at Clark Air Force Base in the Philippines. In refusing to have his photograph taken in the cell, one POW said, "We object to pictures because this not the way we lived."