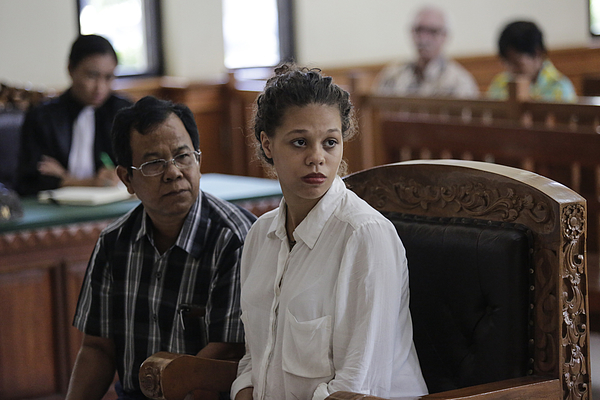 DENPASAR, BALI, INDONESIA - JANUARY 14: Heather Mack of the US sits in a courtroom during her first hearing trial on January 14, 2015 in Denpasar, Bali, Indonesia. Heather Mack and her boyfriend Tommy Schaefer are accused of murdering Mack's mother, Sheila von Wiese-Mack, whose body was found stuffed inside a suitcase in the back of a taxi outside a luxury Bali hotel in August 2014. (Photo by Agung Parameswara/Getty Images)