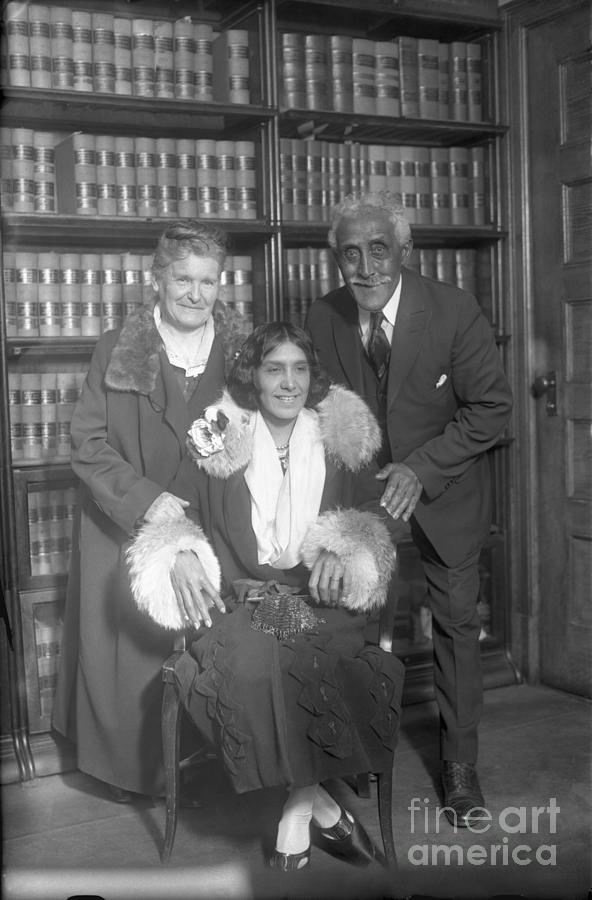 Alice Rhinelander With Her Mother

Alice Rhinelander With Her Mother

Alice Rhinelander poses with her mother and father during the annulment trail of her marriage to Leonard "Kip" Rhinelander. Alice Jones was the daughter of working-class English immigrants; her mother was white and her father of mixed ethnicity. Alice and Leonard married in 1924, but because of his family's high social status and Alice's "non-white" blood, their marriage quickly came under public scrutiny. The Rhinelander family came to publicly disapprove of their union and two weeks after the wedding were able to pressure Leonard into bringing an annulment lawsuit against Alice on the grounds that she had lied to him about her ethnicity. The case highlighted America's obsession with racial categorization and the taboo against mixed ethnicity marriages. On December 6, 1925 the jury ruled in Alice's favor, saying that her multi-racial heritage was visually d