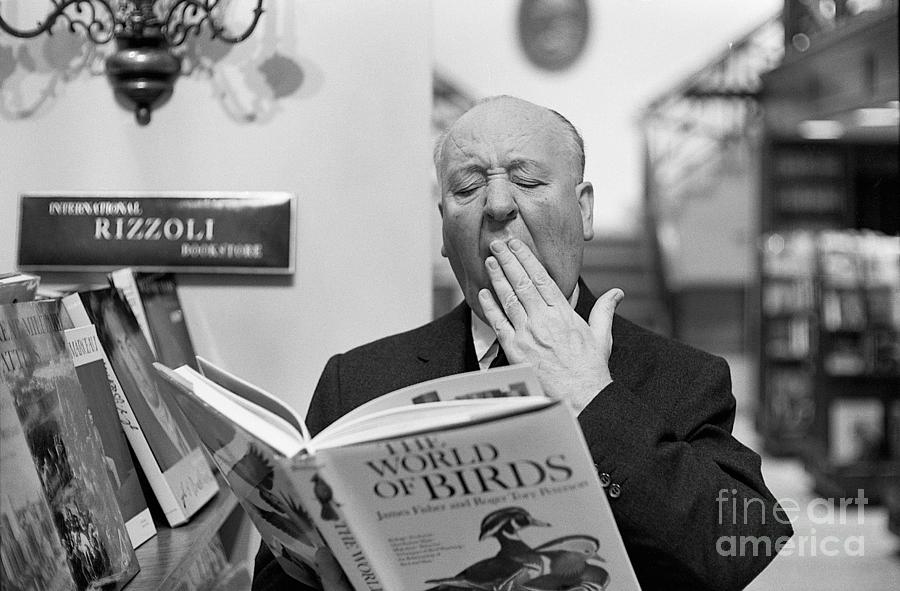 (Original Caption) 2/16/1965-New York, NY-Alfred Hitchcock won't reveal the subject of his next movie, but he's obviously bored with the former friends who starred in his scare-film "The Birds." The maestro of mayhem was caught in the "ho hum" mood when he dropped in at the Rizzoli Bookstore on New York's Fifth Avenue, to check on the latest "Ghoulology."