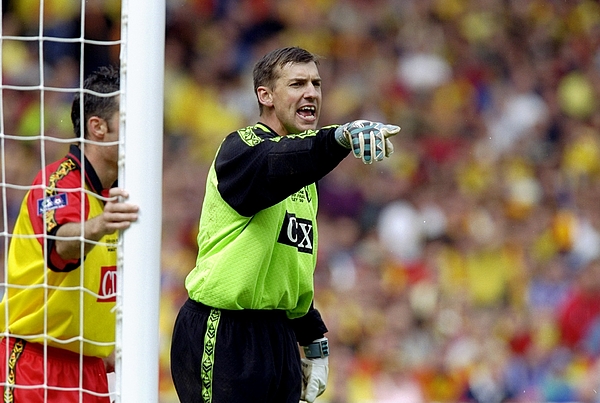 31 May 1999: Alec Chamberlain of Watford directs his defence during the Nationwide Division One Play-Off Final match against Bolton Wanderers played at Wembley Stadium in London, England. The match finished in a 0-2 victory for watford and they gainedpromotion to the premiership. Mandatory Credit: Phil Cole /Allsport