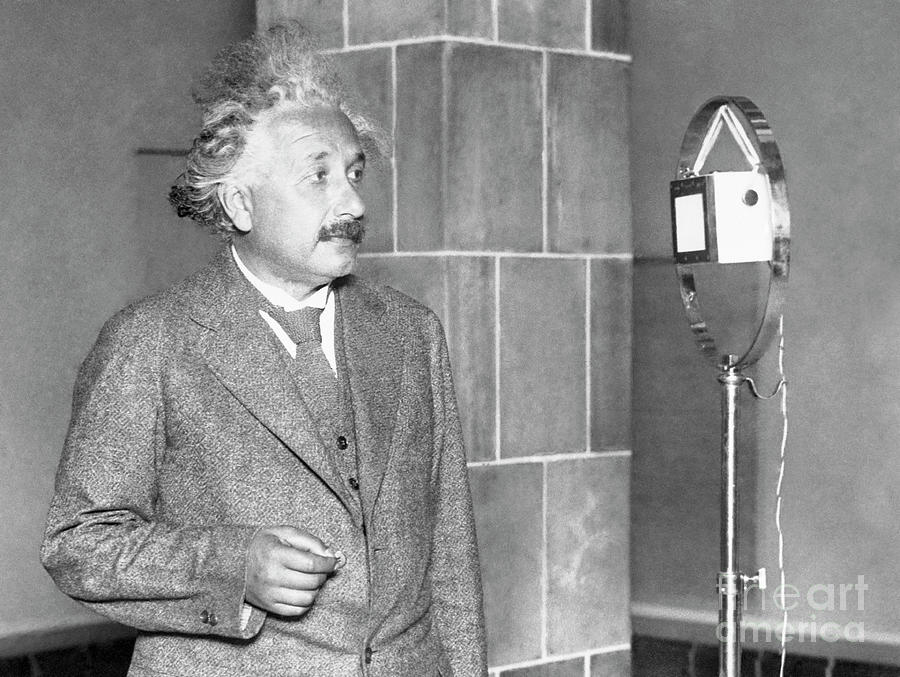 (Original Caption) Einstein congratulating the inventor of electric light...Professor Albert Einstein, famous German scientist, is seen above as he congratulated Thomas A. Edison on the latter's fiftieth anniversary of the invention of the electric bulb, over the radio telephone from Berlin, Germany, directly to Dearborn, Michigan. The laudatory speech was rebroadcast to the entire United States.