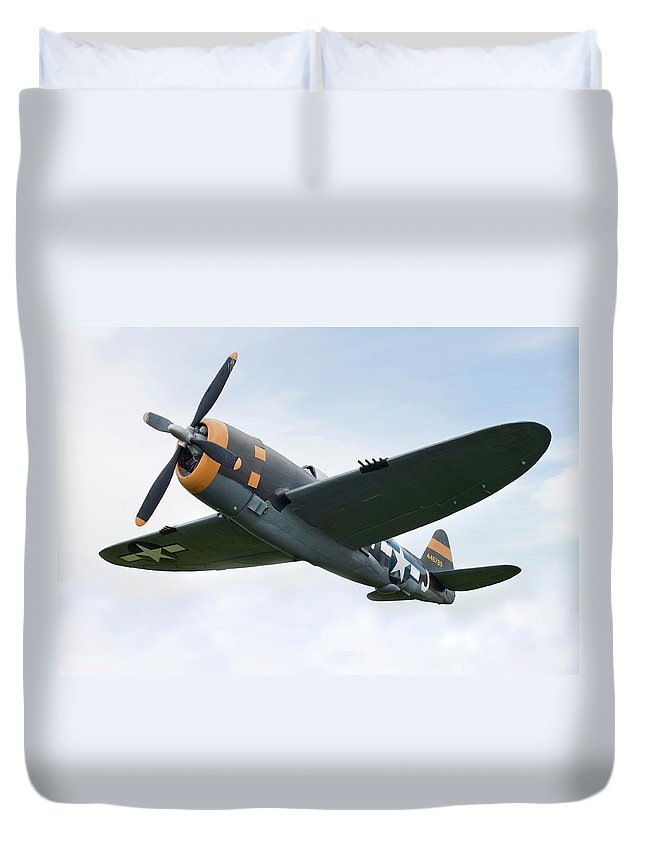 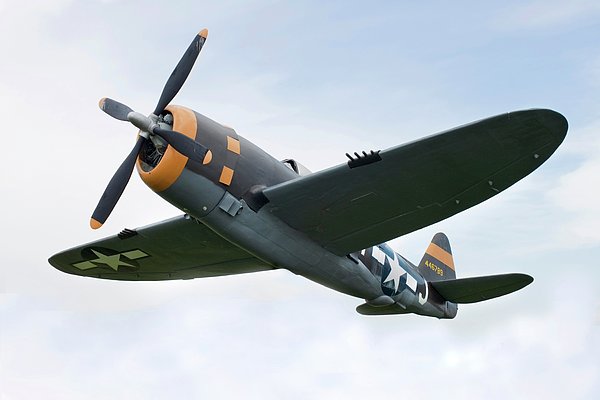 Queen duvet cover (88" x 88") featuring the image "Airplane P-47 Thunderbolt From World" by Okrad. Our soft microfiber duvet covers are hand sewn and include a hidden zipper for easy washing and assembly. Your selected image is printed on the top surface with a soft white surface underneath. All duvet covers are machine washable with cold water and a mild detergent.

'A World War II airplane taken at a museum, with the sky in the background. This P-47 Thunderbolt is stationary, but looks as if it is in flight.... more

'A World War II airplane taken at a museum, with the sky in the background. This P-47 Thunderbolt is stationary, but looks as if it is in flight. (mounting Pole has been retouched out of it. These are the planes that were on aircraft carriers in the Pacific. You can see the bright yellow ring around the engine housing, and the wing mounted machine gun mounts. And bombing raids in europe. This is a cool looking aviation history photograph. The clouds in the background provide plenty of copyspace for designs. - A great aviation shot taken in the outdoors. This file also comes with a clipping path of the airplane, you can clip it out of the sky background easily.'Image provided by Getty Images.