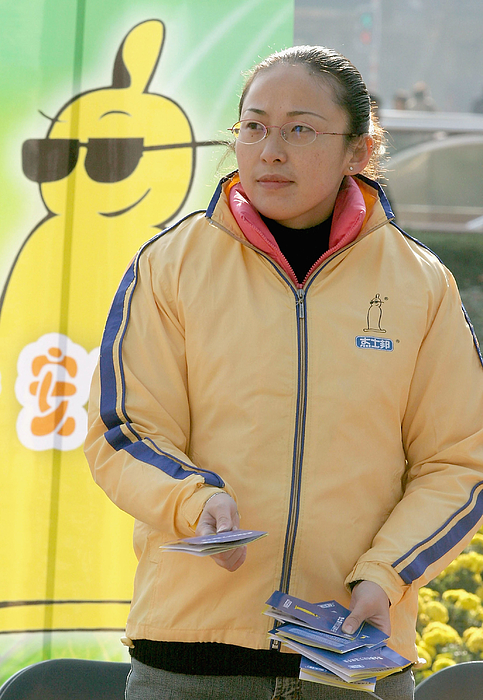 NANJING, CHINA - NOVEMBER 28:(CHINA OUT)A volunteer worker hands out free condoms to passers-by during an event organized by the local government to promote AIDS prevention on November 28, 2004 in Nanjing, China. In 2003, following a joint survey with WHO and UNAIDS, the Chinese government estimated China had about 840,000 HIV infected people including about 80,000 HIV/AIDS patients.This does not include those who have already died. December 1 marks World AIDS Day. (Photo by China Photos/Getty Images)