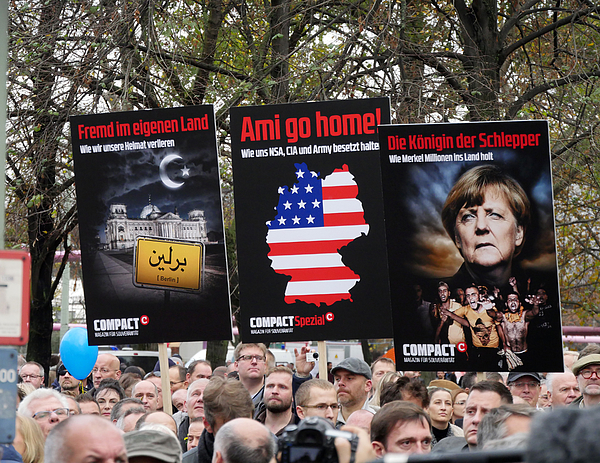 BERLIN, GERMANY - NOVEMBER 07: Supporters of the Alternative fuer Deutschland (Alternative for Germany) political party, hold up protest signs at a rally in the city center on November 6, 2015 in Berlin, Germany. The AfD, which has seen its popularity swing upward as Germany grapples with the migrants flood, is campaigning in local elections in Saxony-Anhalt scheduled for March of 2016 that will be a strong indicator of public sentiment in eastern Germany towards the migrants. The AfD, a relatively new political party that began with a right-of-center Eurosceptic platform, has seen some of its leading members use increasingly right-wing rhetoric in order to court anti-migrant votes. (Photo by Chad Buchanan/Getty Images)