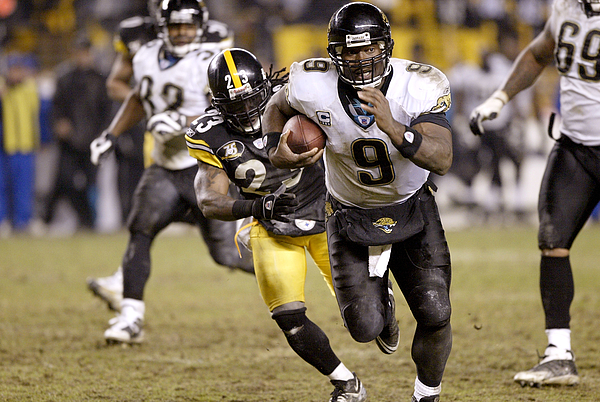 PITTSBURGH - JANUARY 5: Quarterback David Garrard #9 of the Jacksonville Jaguars is chased by defensive back Tyrone Carter #23 of the Pittsburgh Steelers as he scrambles for 32-yards and a first down during the fourth quarter of an AFC Wild Card game at Heinz Field on January 5, 2008 in Pittsburgh, Pennsylvania. (Photo by George Gojkovich/Getty Images)