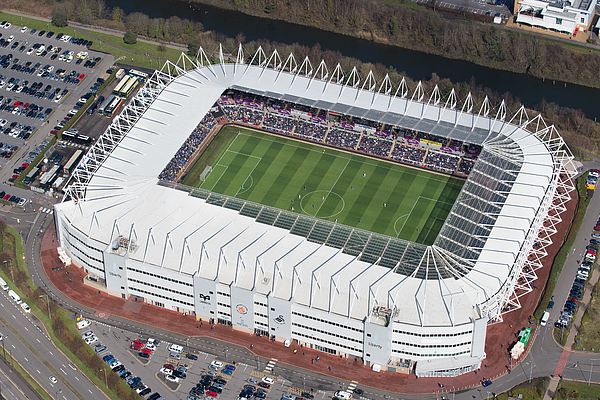 SWANSEA, WALES - APRIL 09: General aerial view of the Liberty Stadium as Swansea City play Chelsea in the Barclays Premier League on April 9, 2016 in Swansea, Wales. Swansea City are finalising a deal with American investors that could be worth as much as £100m. (Photo by Matthew Horwood/Getty Images)