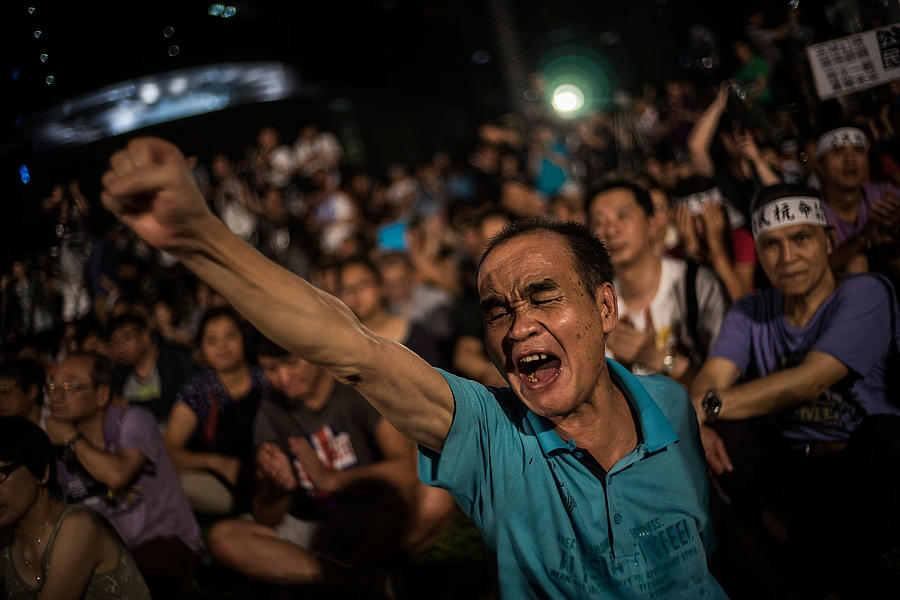 HONG KONG - AUGUST 31: Protesters take part in the rally for the beginning of Occupy Central movement outside Central Government Offices in Central, Hong Kong on August 31, 2014. The National People's Congress Standing Committee have endorsed a framework for political reform in Hong Kong ahead of the 2017 Chief Executive election, in which 3 candidates will be selected by a special committee, ruling out open nominations. Opposers to the plans, including pro-democracy group Occupy Central, argue that the system will not meet international standards and deprives people of a genuine choice of candidates. (Photo by Lam Yik Fei/Getty Images)