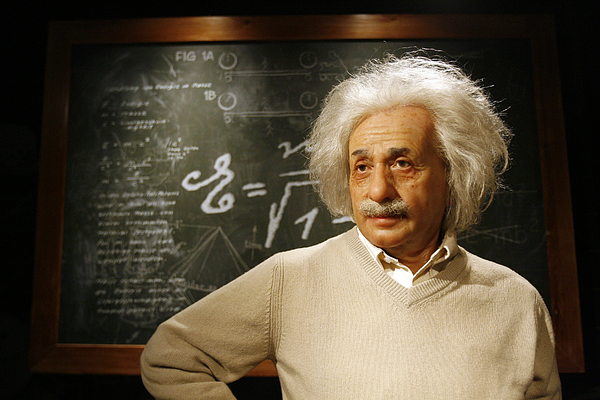 GERMANY - JULY 03: A wax figure of Albert Einstein, German-born physicist, stands on display at Madame Tussauds prior to the exhibition's public opening, in Berlin, Germany, on Thursday, July 3, 2008. Organizers decided not to show Nazi dictator Adolf Hitler upright in uniform, ready for world domination, as he is in the London branch -- where he also features frequently in tourists' snapshots. His is instead slumped at his desk, lost in thought, a broken man confined to his bunker. (Photo by Adam Berry/Bloomberg via Getty Images)