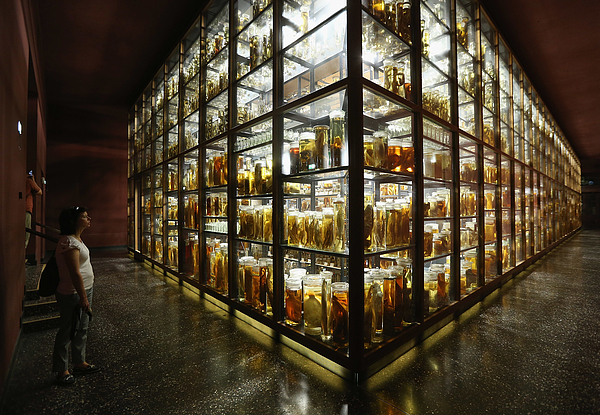 BERLIN, GERMANY - JUNE 21: A visitor looks at fish and other creatures preserved in alcohol in the East Wing of the Natural History Museum (Naturkundemuseum) on June 21, 2013 in Berlin, Germany. The East Wing houses a three-storey steel and glass structure in which 276,000 glass cylinders lining 12.6 kilometers of shelves contain over one million fish, reptiles, mammals, spiders, worms, crabs, insects and invertebrae, some of which date back to the 18th century. The original East Wing was destroyed by Allied bombing during World War II and the new wing was completed in 2010. (Photo by Sean Gallup/Getty Images)