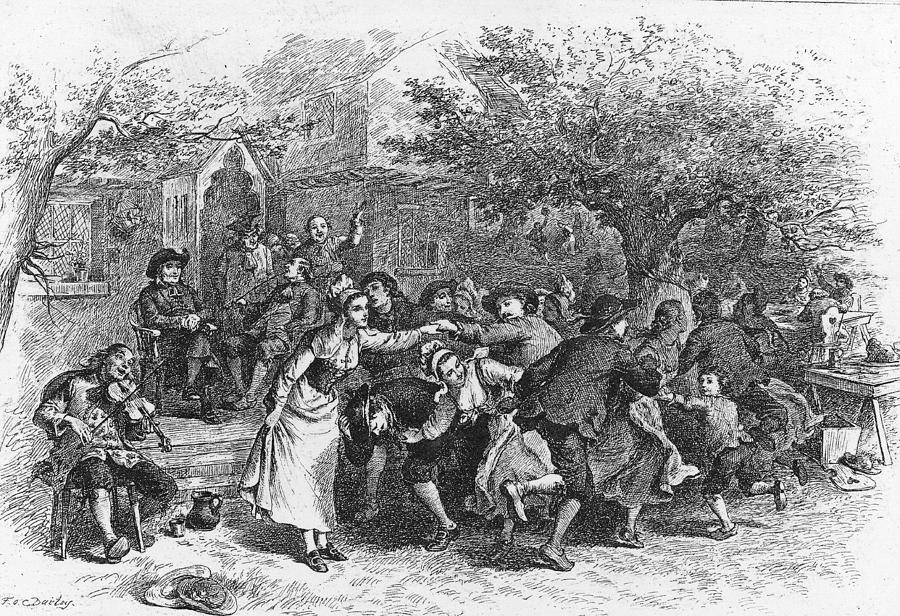 A Scene From Evangeline

A Scene From Evangeline

A scene of Acadians (French settlers of the Canadian Maritime Provinces) as they dance and frolic to a fiddler's tune while a clergyman looks on in an illustration (after F.O.C. Darley) of a scene from an edition of Henry Wadsworth Longfellow's poem 'Evangeline, a Tale of Acadie,' published in 1893. The poem, which recounts the expulsion of the Acadians from the Maritimes after the Seven Years War, was first published in 1847 and while Longfellow had no connections to the Acadians his poem became a part of their collective culture. (Photo by Kean Collection/Getty Images)