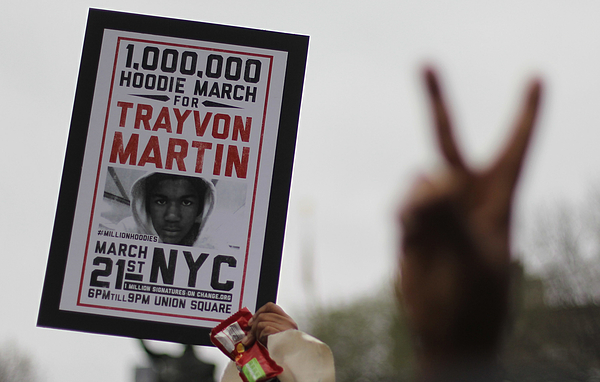 NEW YORK, NY - MARCH 21: Supporters of Trayvon Martin rally in Union Square during a "Million Hoodie March" in Manhattan on March 21, 2012 in New York City. Thousands of protesters turned out to demonstrate against the killing of the black unarmed teenager by a white neighborhood watch captain. The protesters marched through the streets after holding a large rally in Union Square. (Photo by Mario Tama/Getty Images)