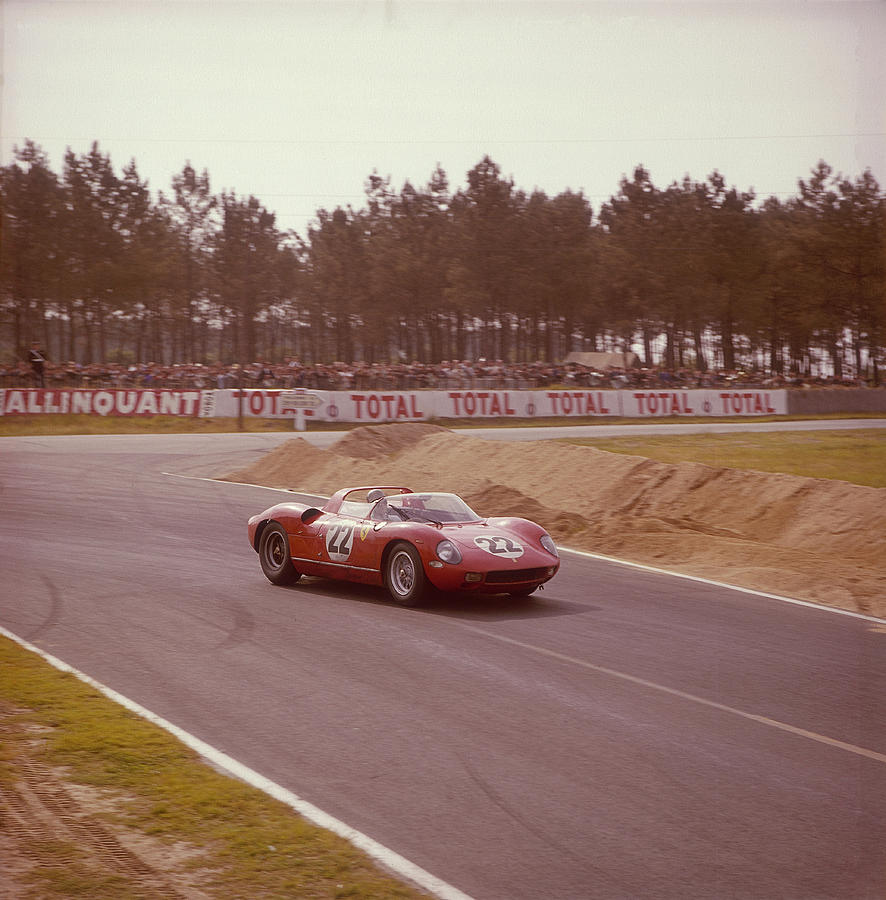 A Ferrari 250 P at Le Mans, France, 1963. The driver is either Mike Parkes or Umberto Maglioli. They came third in a Prototype class. Parkes joined Ferrari in 1963 as a test and development engineer, and was promoted to the Formula 1 team after the departure of John Surtees just before the 1966 Le Mans race. Magioli competed as an occasional reserve driver for the Ferrari factory team. (Photo by National Motor Museum/Heritage Images/Getty Images)