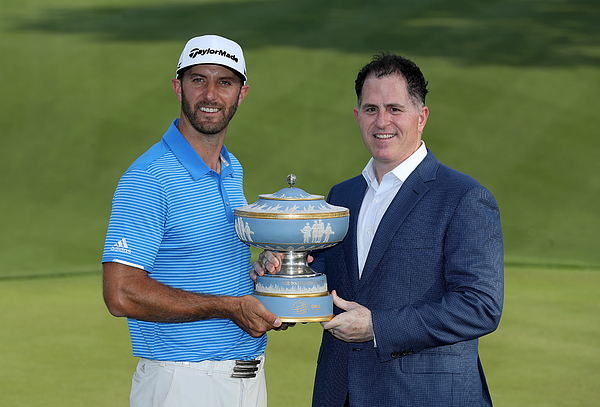 AUSTIN, TX - MARCH 26: Dustin Johnson of the United States is presented with the Walter Hagen Trophy by Michael Dell the Chairman and CEO of Dell Technologies after his 1 up win in his match against John Rahm of Spain during the final of the 2017 Dell Match Play at Austin Country Club on March 26, 2017 in Austin, Texas. (Photo by David Cannon/Getty Images)