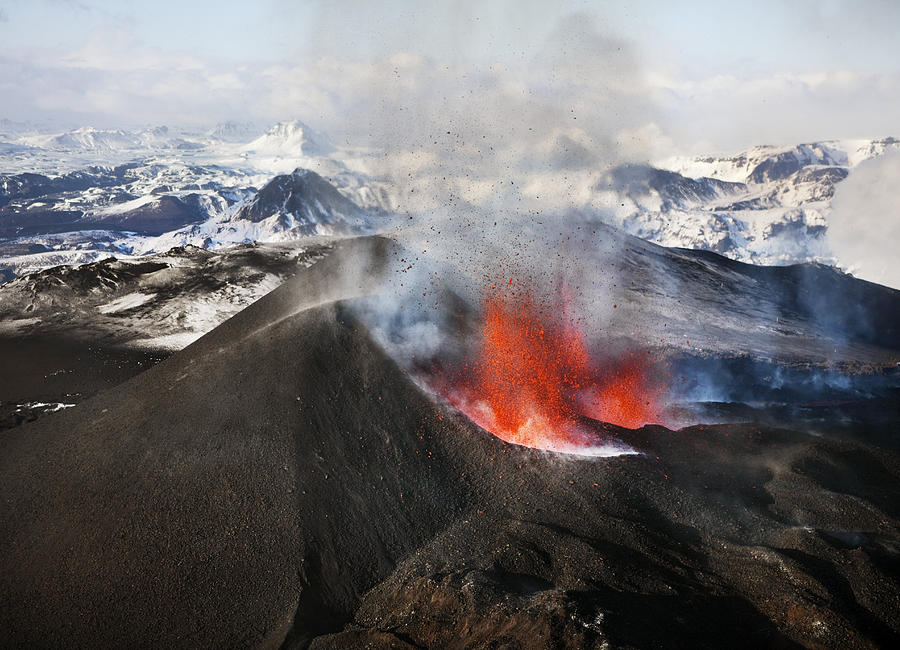 FIMMVORDUHALS, ICELAND - MARCH 24: An aerial view of a volcanic eruption between the Myrdalsjokull and Eyjafjallajokull glaciers on March 24, 2010 in Fimmvorduhals, Iceland. A major eruption occured on April 14, 2010 which has resulted in a plume of volcanic ash being thrown into the atmosphere over parts of Northen Europe. Air traffic has been subject to cancellation or delay as airspace across parts of Northern Europe has been closed. (Photo by GUSK/NordicPhotos/Getty Images)