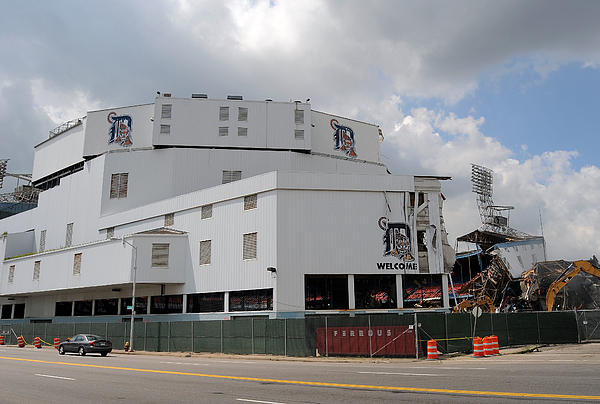 DETROIT, MI - JULY 22: A general view of Tiger Stadium, the former home of the Detroit Tigers and Detroit Lions, during partial demolition performed by a joint venture between the Farrow Group, Inc. Demolition and the MCM Management Corp. on July 22, 2008 in Detroit, Michigan. The stadiums demolition was completed on September 21, 2009. (Photo by Mark Cunningham/MLB Photos via Getty Images)