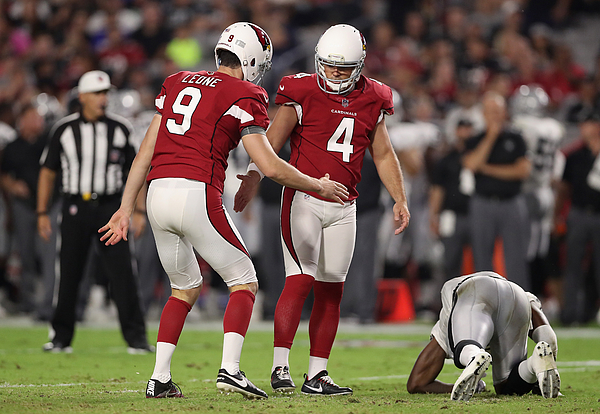 GLENDALE, AZ - AUGUST 12: Kicker Phil Dawson #4 of the Arizona Cardinals celebrates with Richie Leone #9 after kicking a 43 yard field goal against the Oakland Raiders during the second half of the NFL game at the University of Phoenix Stadium on August 12, 2017 in Glendale, Arizona. (Photo by Christian Petersen/Getty Images)