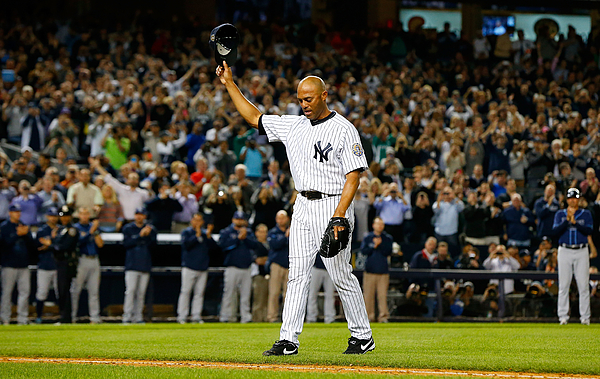 NEW YORK, NY - SEPTEMBER 26: (NEW YORK DAILIES OUT) Mariano Rivera #42 of the New York Yankees salutes the crowd as walks to the dugout after leaving a game against the Tampa Bay Rays in the ninth inning at Yankee Stadium on September 26, 2013 in the Bronx borough of New York City. The Rays defeated the Yankees 4-0. (Photo by Jim McIsaac/Getty Images)