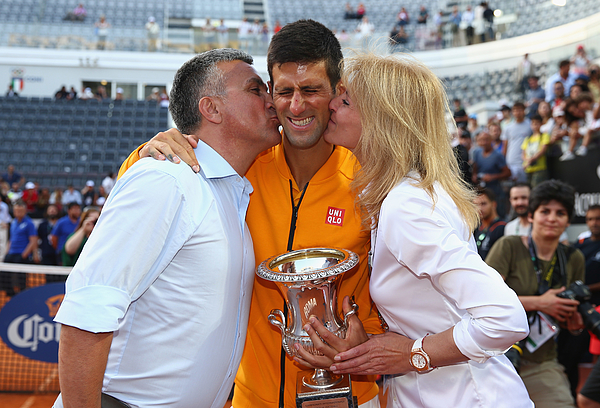 ROME, ITALY - MAY 17: Novak Djokovic of Serbia celebrates with the Winner's Trophy and his parents after his victory over Roger Federer of Switzerland in the Men's Singles Final on Day Eight of The Internazionali BNL d'Italia 2015 at the Foro Italico on May 17, 2015 in Rome, Italy. (Photo by Ian Walton/Getty Images)