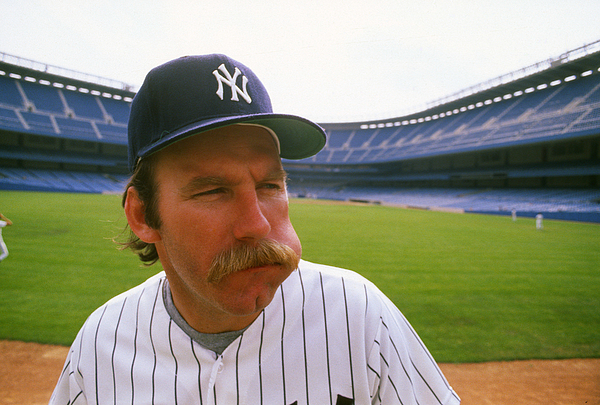 NEW YORK - CIRCA 1976: Pitcher Sparky Lyle #28 of the New York Yankees chews on chewing tobacco before the start a Major League Baseball game circa 1976 at Yankee Stadium in the Bronx Borough of New York City. Lyle played for the Yankees from 1972-78. (Photo by Focus on Sport/Getty Images)