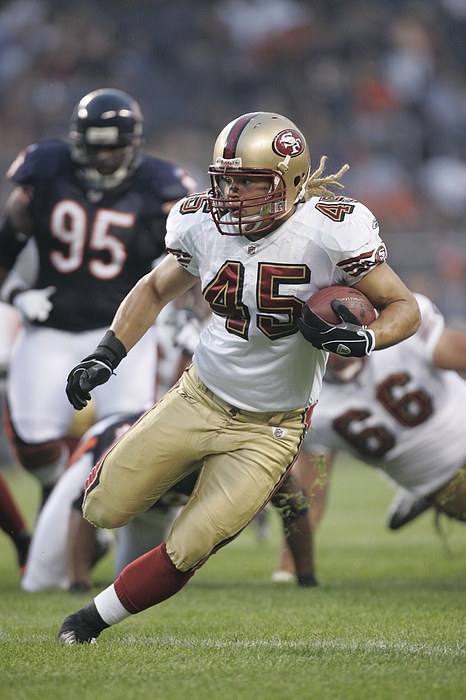 CHICAGO - AUGUST 21: Zac Keasey #45 of the San Francisco 49ers runs with the ball during the NFL game against the Chicago Bears at Soldier Field on August 21, 2008 in Chicago, Illinois. The 49ers defeated the Bears 37-30. (Photo by Michael Zagaris/Getty Images)