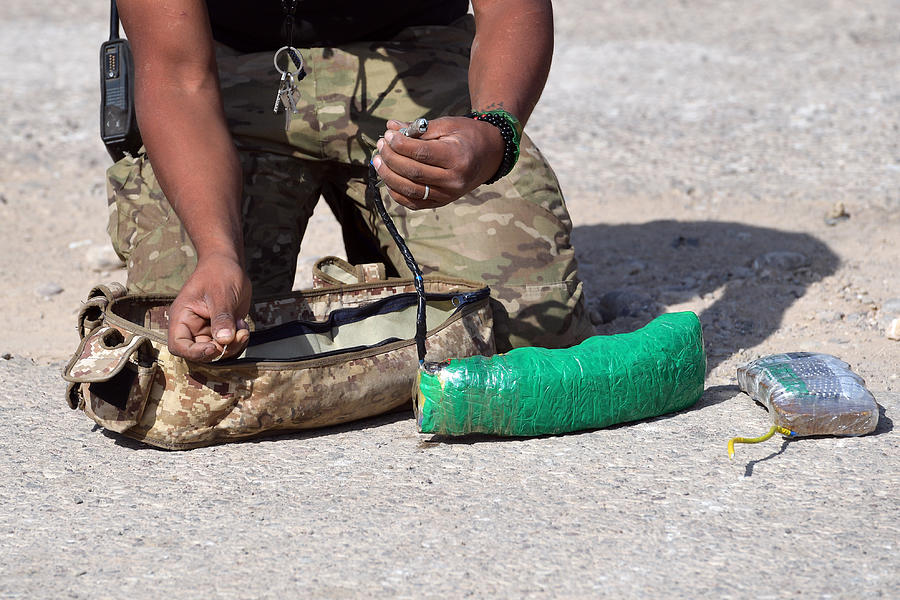 BARTELLA, IRAQ - OCTOBER 23: An Iraqi counter terrorism soldier makes safe a suicide bomb during the offensive to recapture the city of Mosul from Islamic State militants, on October 23, 2016 in Bartella, Iraq. Despite stiff opposition, Iraqi and Kurdish forces have continued advancing towards Iraq's second largest city of Mosul and are now within 5 miles of the city where ISIS fighters have spent months building elaborate defences in anticipation of the offensive. (Photo by Carl Court/Getty Images)