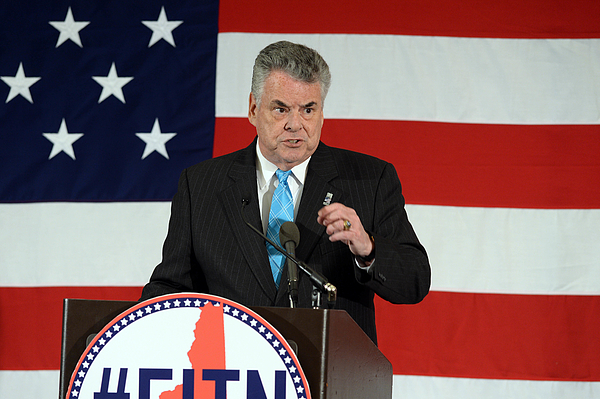 NASHUA, NH - APRIL 17: U.S. Rep. Peter King (R-NY) speaks at the First in the Nation Republican Leadership Summit April 17, 2015 in Nashua, New Hampshire. The Summit brought together local and national Republicans and was attended by all the Republicans candidates as well as those eyeing a run for the nomination. (Photo by Darren McCollester/Getty Images)