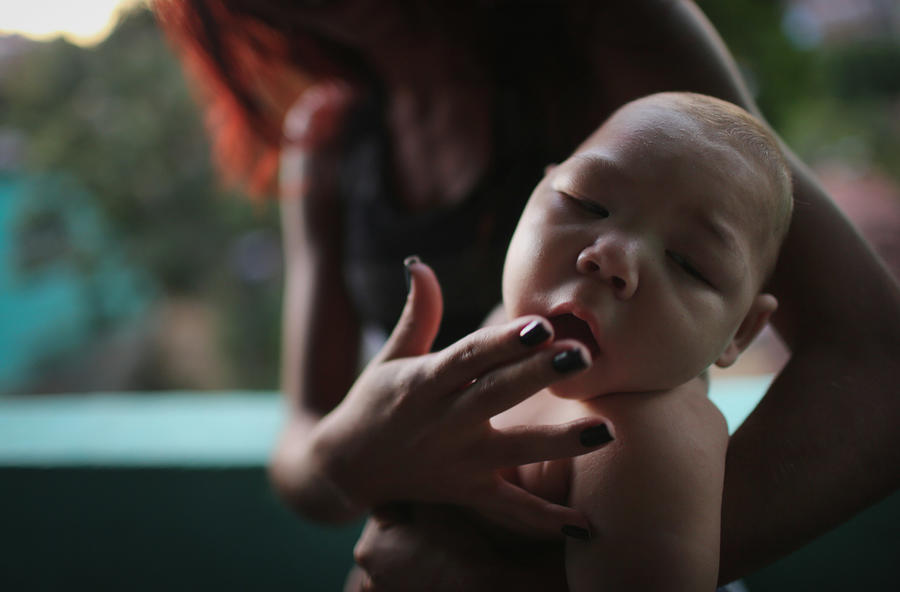 RECIFE, BRAZIL - JANUARY 25: Estafany Perreira holds her nephew David Henrique Ferreira, 5 months, who has microcephaly, on January 25, 2016 in Recife, Brazil. In the last four months, authorities have recorded close to 4,000 cases in Brazil in which the mosquito-borne Zika virus may have led to microcephaly in infants. Microcephaly results in newborns with abnormally small heads and is associated with various disorders including decreased brain development. According to the World Health Organization (WHO), the Zika virus outbreak is likely to further spread in South, Central and North America. At least twelve cases of Zika in the United States have now been confirmed by the CDC. (Photo by Mario Tama/Getty Images)