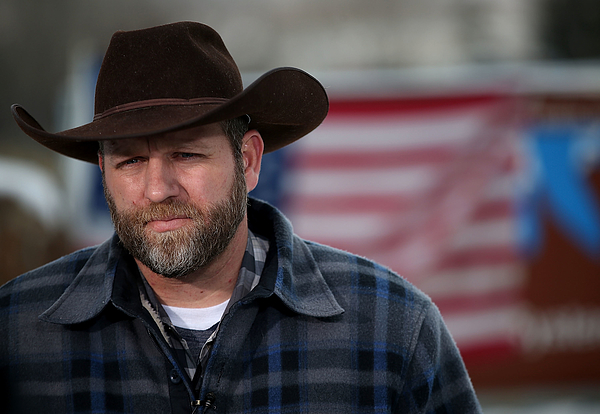 BURNS, OR - JANUARY 05: Ammon Bundy, the leader of an anti-government militia, speaks to members of the media in front of the Malheur National Wildlife Refuge Headquarters on January 5, 2016 near Burns, Oregon. An armed anti-government militia group continues to occupy the Malheur National Wildlife Headquarters as they protest the jailing of two ranchers for arson. (Photo by Justin Sullivan/Getty Images)