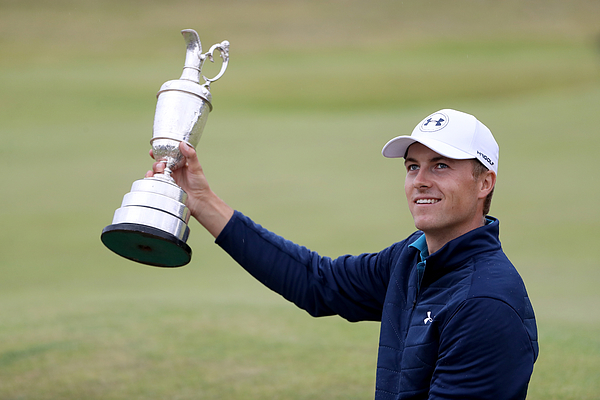 SOUTHPORT, ENGLAND - JULY 23: Jordan Spieth of the United States celebrates victory as he poses with the Claret Jug on the 18th green during the final round of the 146th Open Championship at Royal Birkdale on July 23, 2017 in Southport, England. (Photo by Christian Petersen/Getty Images)