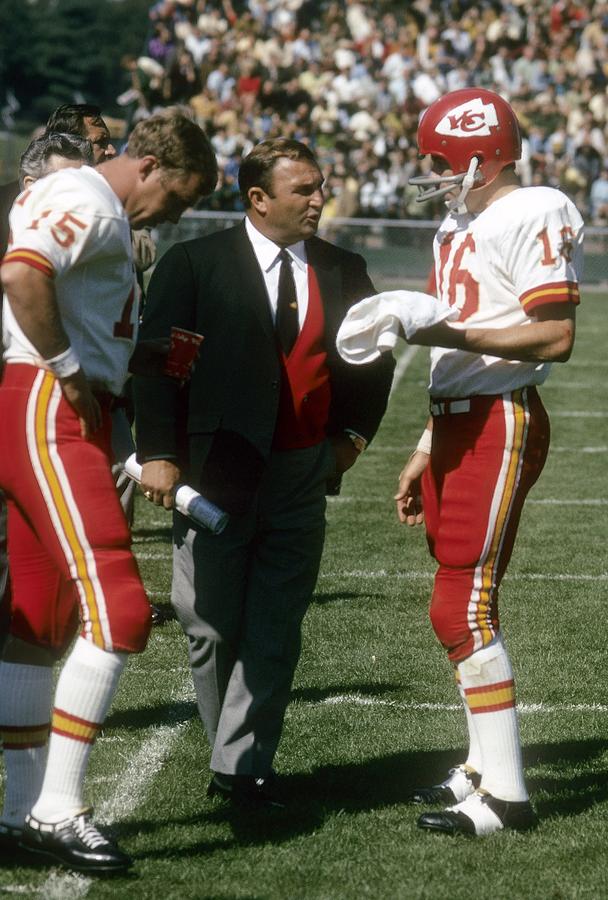 CIRCA 1960's: Head Coach Hank Stram (L) of the Kansas City Chiefs talking with his quarterback Len Dawson #16 and Jacky Lee #15 on the sidelines during a late circa 1960's NFL football game.Stram was the head coach of the Dallas Texans/Kansas City Chiefs from 1960-1974. (Photo by Focus on Sport/Getty Images)