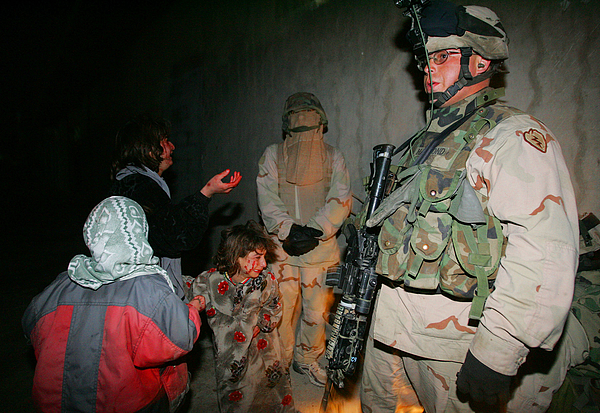 TAL AFAR, IRAQ - JANUARY 18: Iraqi children cry after their parents were killed when U.S. Soldiers with the 1st Battalion, 5th Infantry Stryker Brigade Combat Team of the 25th Infantry Division out of Ft. Lewis, Washington, fired on their car when it failed to stop and came toward soldiers despite warning shots during a dusk patrol January 18, 2005 in Tal Afar, Iraq. The car held an Iraqi family of which the mother and father were killed. According to the U.S. Army, six children in the in the car survived, one with a non-life threatening flesh wound. U.S. military said they are is investigating the incident. (Photo by Chris Hondros/Getty Images)