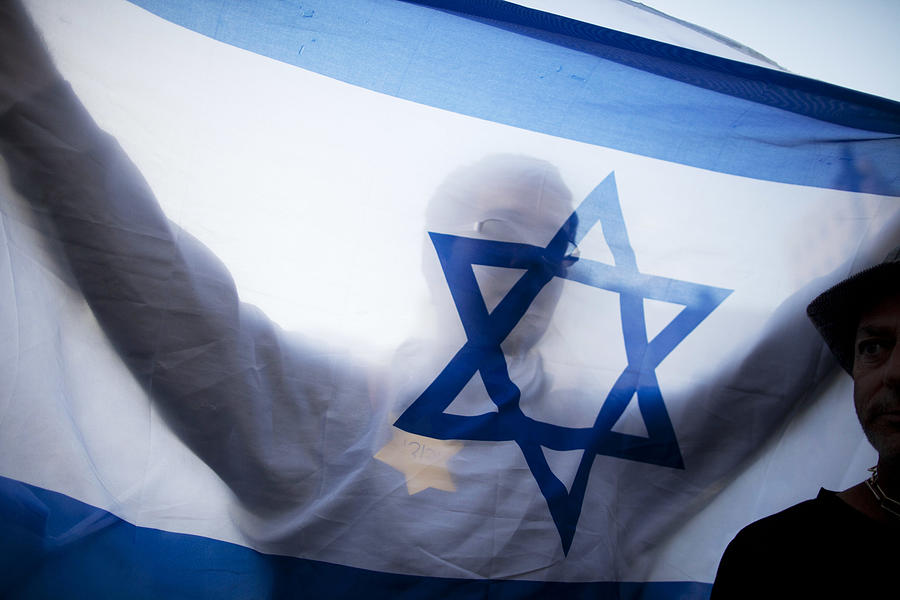 JERUSALEM, ISRAEL - JULY 14: (ISRAEL OUT) A right wing Israeli holds an Israeli flag during a demostration in support of Israel's operration in the Gaza Strip on July 14, 2014 in Jerusalem, Israel. Israel's operation 'Protective Edge' is in its seventh day with the Israel Defense Forces (IDF) carrying out massive airstrikes across the Gaza Strip. Reports say at least 170 people have been killed in Gaza, with the majority being civilians. (Photo by Lior Mizrahi/Getty Images)