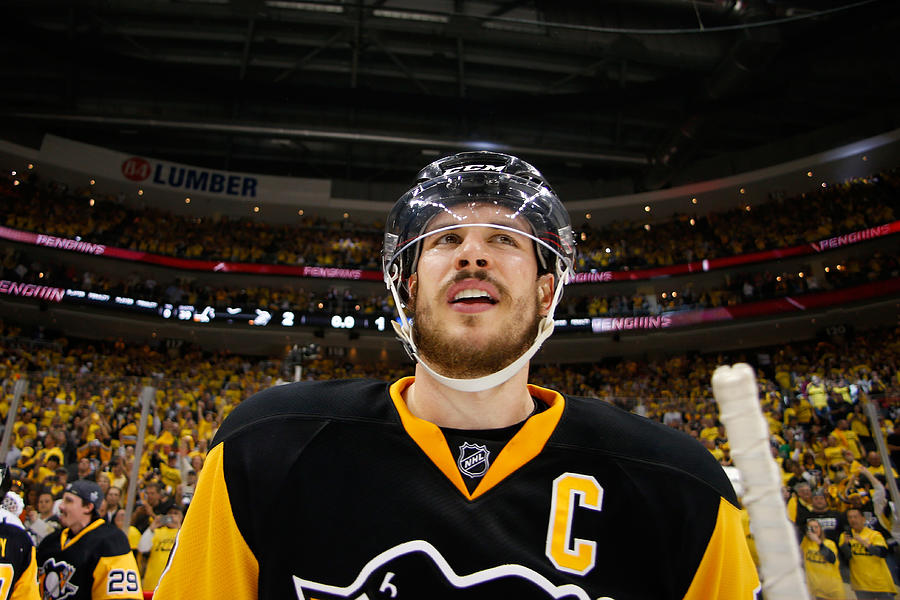 PITTSBURGH, PA - MAY 26: Sidney Crosby #87 of the Pittsburgh Penguins celebrates after defeating the Tampa Bay Lightning in Game Seven of the Eastern Conference Final with a score of 2 to 1 during the 2016 NHL Stanley Cup Playoffs at Consol Energy Center on May 26, 2016 in Pittsburgh, Pennsylvania. (Photo by Justin K. Aller/Getty Images)