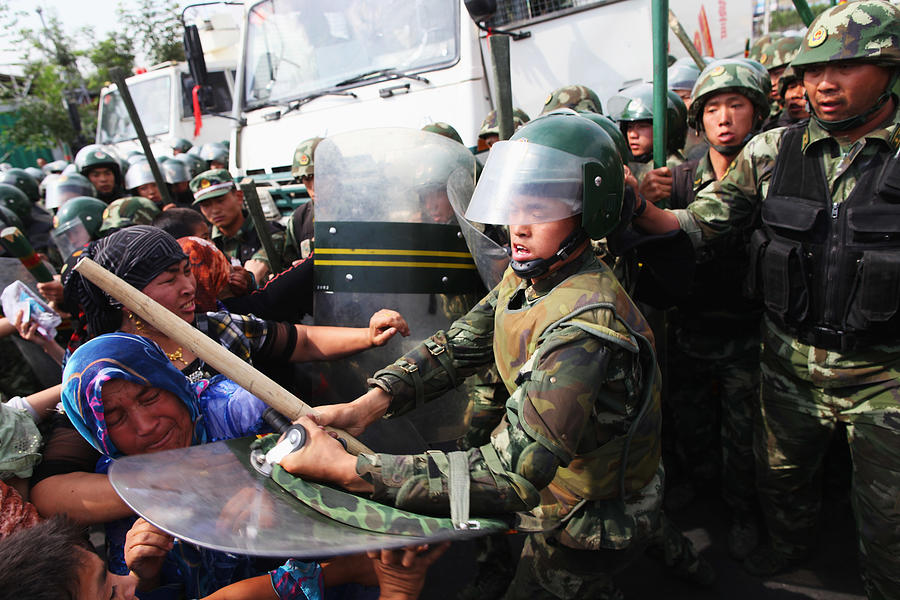 URUMQI, CHINA - JULY 07: Chinese policemen push Uighur women who are protesting at a street on July 7, 2009 in Urumqi, the capital of Xinjiang Uighur autonomous region, China. Hundreds of Uighur people have taken to the streets protesting after their relatives were detained by authorities after Sunday's protest. Ethnic riots in the capital of the Muslim Xinjiang region on Sunday saw 156 people killed. Police officers, soldiers and firefighters were dispatched to contain the rioting with hundreds of people being detained. (Photo by Guang Niu/Getty Images)