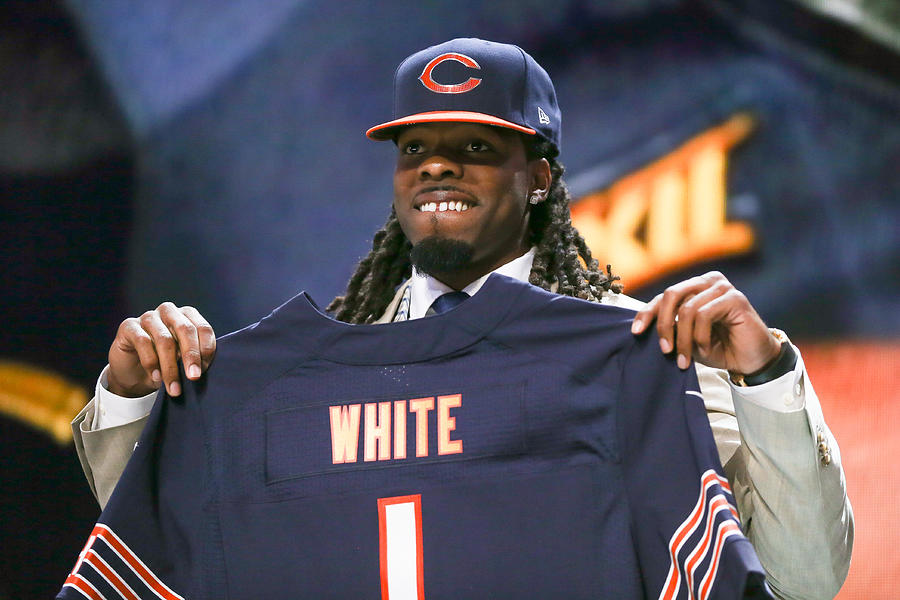 CHICAGO, IL - APRIL 30: Kevin White of the West Virginia Mountaineers holds up a jersey after being chosen #7 overall by the Chicago Bears during the first round of the 2015 NFL Draft at the Auditorium Theatre of Roosevelt University on April 30, 2015 in Chicago, Illinois. (Photo by Jonathan Daniel/Getty Images)