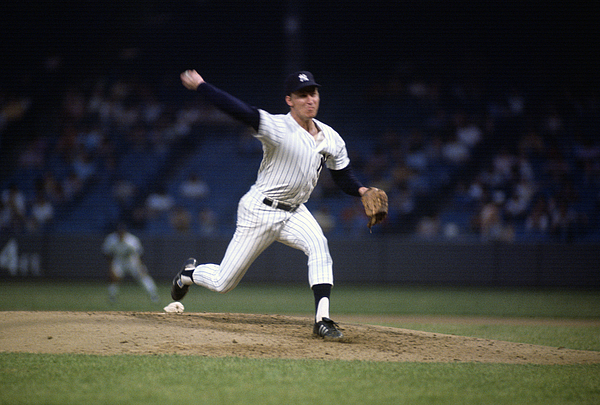 NEW YORK - CIRCA 1972: Pitcher Mel Stottlemyre #30 of the New York Yankees pitches during an Major League Baseball game circa 1972 at Yankee Stadium in the Bronx borough of New York City. Stottlemyre played for the Yankees from 1964-74. (Photo by Focus on Sport/Getty Images)