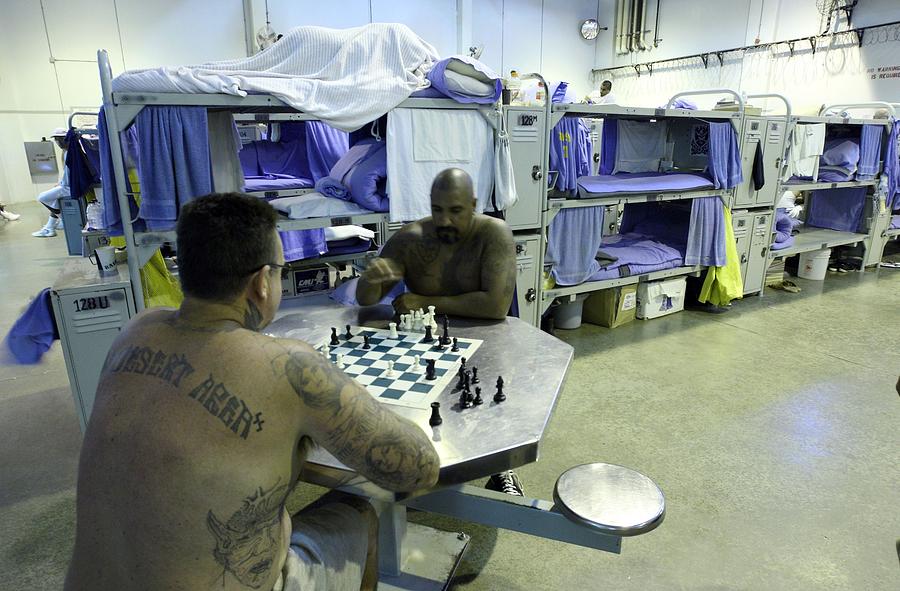 IONE, CA - AUGUST 28: Two inmates at the Mule Creek State Prison play chess in a gymnasium that was modified to house prisoners August 28, 2007 in Ione, California. A panel of three federal judges is looking to put a cap on the California State Prison population after class action lawsuits were filed on behalf of inmates who complained of being forced to live in classrooms, gymnasiums and other non-traditional prison housing. California prisons house nearly 173,000 inmates with over 17,000 of them in non-traditional housing. The Mule Creek State Prison has had to modify several facilities to make room for an increasing number of inmates. (Photo by Justin Sullivan/Getty Images)