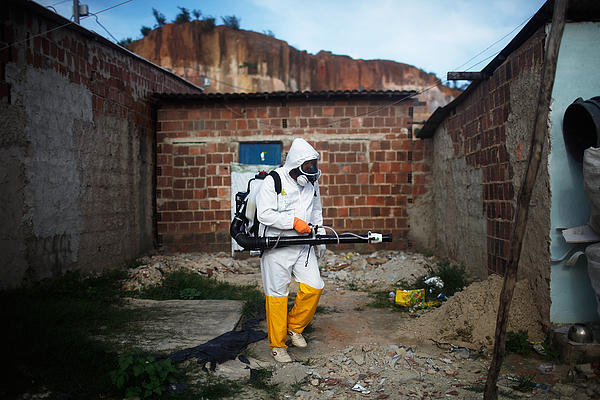 RECIFE, BRAZIL - FEBRUARY 04: A city worker fumigates in an effort to eradicate the mosquito which transmits the Zika virus on February 4, 2016 in Recife, Pernambuco state, Brazil. Officials say as many as 100,000 people may have already been exposed to the Zika virus in Recife, which is being called the epicenter of the crisis, although most never develop symptoms. Tourists are arriving in the city for its famed Carnival celebrations which begin tomorrow. (Photo by Mario Tama/Getty Images)