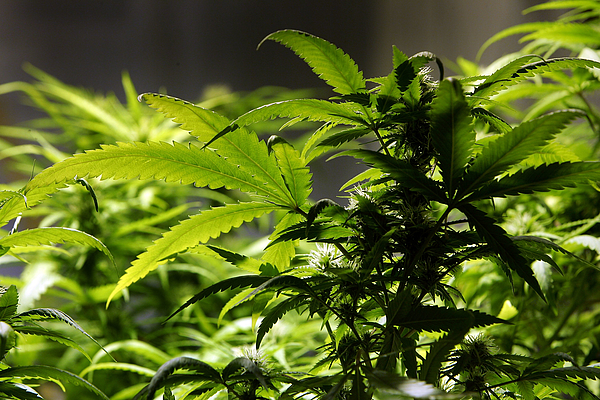 AMSTERDAM, NETHERLANDS - FEBRUARY 07: A cannabis plant grows in the Amsterdam Cannabis College, a non profit charitable organisation that gives information on cannabis and hemp use on February 7, 2007 in Amsterdam, Netherlands. The city council in Amsterdam has recently voted in favour of introducing a citywide ban on smoking marijuana in public areas. A successful trial ban in the De Baarsjes district of Amsterdam has been declared a success after a reduction in anti social behaviour. (Photo by Christopher Furlong/Getty Images)