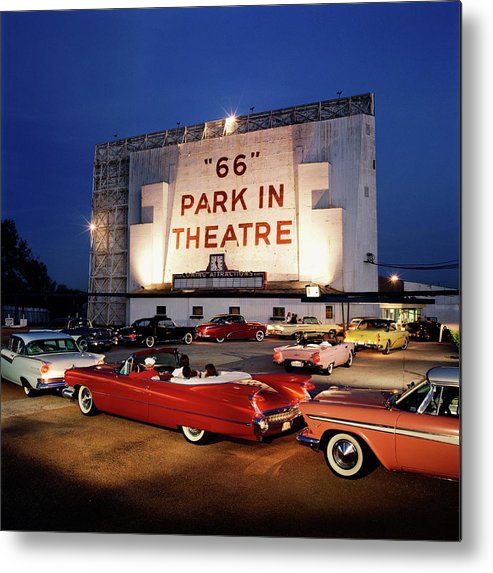 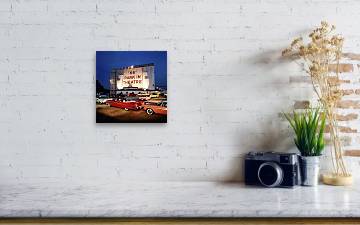 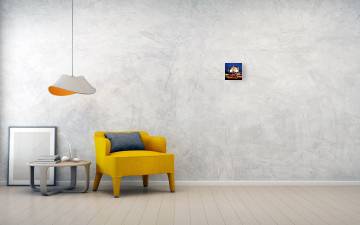 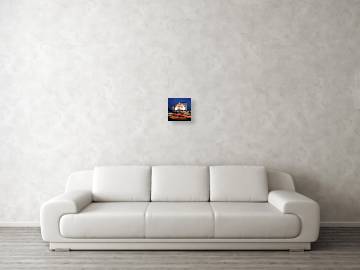 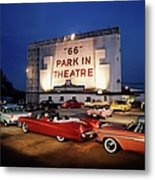 66 Park-in Theater metal print by Car Culture.   Bring your artwork to life with the stylish lines and added depth of a metal print. Your image gets printed directly onto a sheet of 1/16" thick aluminum. The aluminum sheet is offset from the wall by a 3/4" thick wooden frame which is attached to the back. The high gloss of the aluminum sheet complements the rich colors of any image to produce stunning results.

In 1946, the gigantic 66 Park-In Theatre in St. Louis, Missouri opened for business on Route 66. At the time, it boasted the largest drive-in screen in the city, a distinction it held until its close in 1994. The drive-in theater was devised in the era before air-conditioning to provide entertainment on a hot summer's night while the house cooled down. It was an activity for the whole family, with a twilight show and playground designed to exhaust the youngsters so more mature folks could enjoy the movie.Image provided by Getty Images.