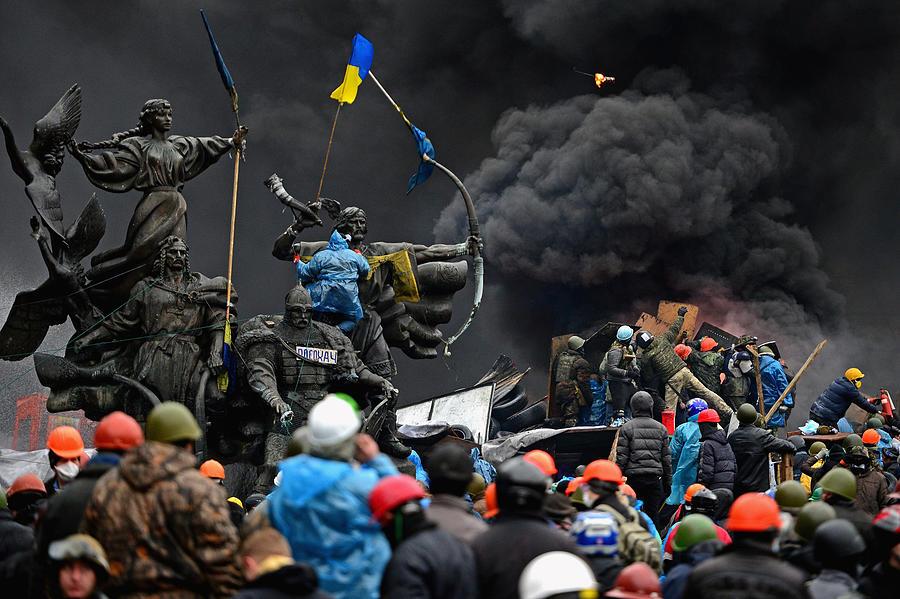 KIEV, UKRAINE - FEBRUARY 20: Anti-government protesters continue to clash with police in Independence square, despite a truce agreed between the Ukrainian president and opposition leaders on February 20, 2014 in Kiev, Ukraine. After several weeks of calm, violence has again flared between police and anti-government protesters, who are calling for the ouster of President Viktor Yanukovych over corruption and an abandoned trade agreement with the European Union. (Photo by Jeff J Mitchell/Getty Images)