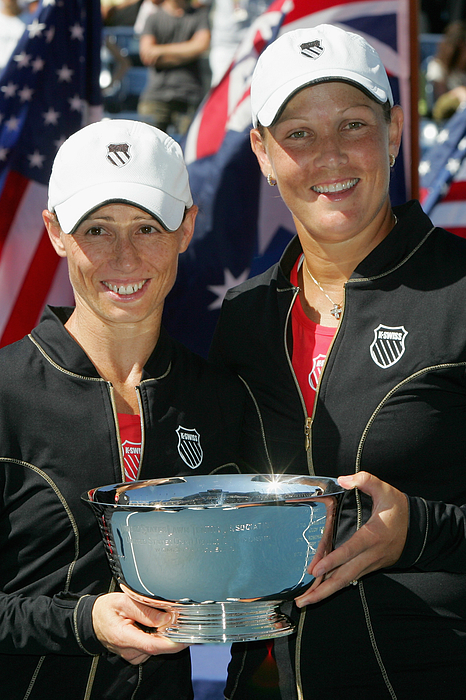 NEW YORK - SEPTEMBER 07: Cara Black of of Zimbabwe and Liezel Huber of the United States pose with the trophy after defeating Lisa Raymond of the United States and Samantha Stosur of Australia in the women's doubles final on Day 14 of the 2008 U.S. Open at the USTA Billie Jean King National Tennis Center on September 7, 2008 in the Flushing neighborhood of the Queens borough of New York City. Huber and Black won 6-3, 7-6(6). (Photo by Matthew Stockman/Getty Images)